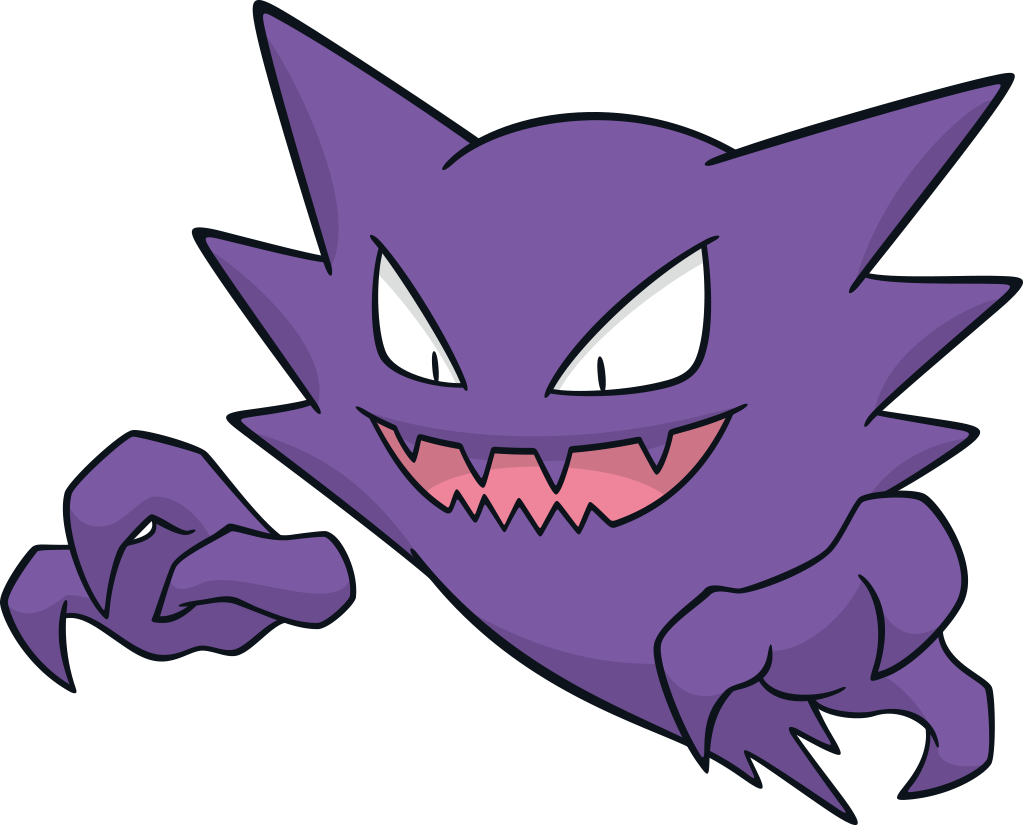 Name-
B 'Snowfell' Haunt
Gender-
Male
Level-
40
Moves-
Moves must be:
Shadow Punch, Shadow Ball, Hypnosis, Dream Eater
Ability-Levitate?
Nature-Rash
Characteristics-Thoroughly Cunning
National Dex No./Species-
#93/Haunter/The Gas Pokemon
Height- 4'9''
Weight- .2 lbs
Pokédex Entry-
Item-
Berries, berries everywhere
History
B Haunt is a Haunter of refined tastes before the infection he would often pull pranks on humans to steal their wine. He would then attempt to put on a top hat and monocle although this rarely if ever worked as he is made of gas. Oddly enough however the haunter known as B or Snowfell as his friends call him could in fact drink the wine he would "borrow" from humans. This never mixed well with his gaseous state.
It was after one of these benders that B woke up to find out about the infection, since then his life has become a nightmare. Not the fun one either mind you but an actual nightmare. One in which the haunter wishes to escape. Only time will tell if our plucky hero lives or dies.
User Note
Anything Miscellaneous you would like to note for others.
Suicune

Re: B the Haunter (Floaroma/Sinnoh)