Miyu the Eevee and Rebel the Undead Jolteon (Olivine, Ace)

Miyu the Eevee and Rebel the Undead Jolteon (Olivine, Ace) 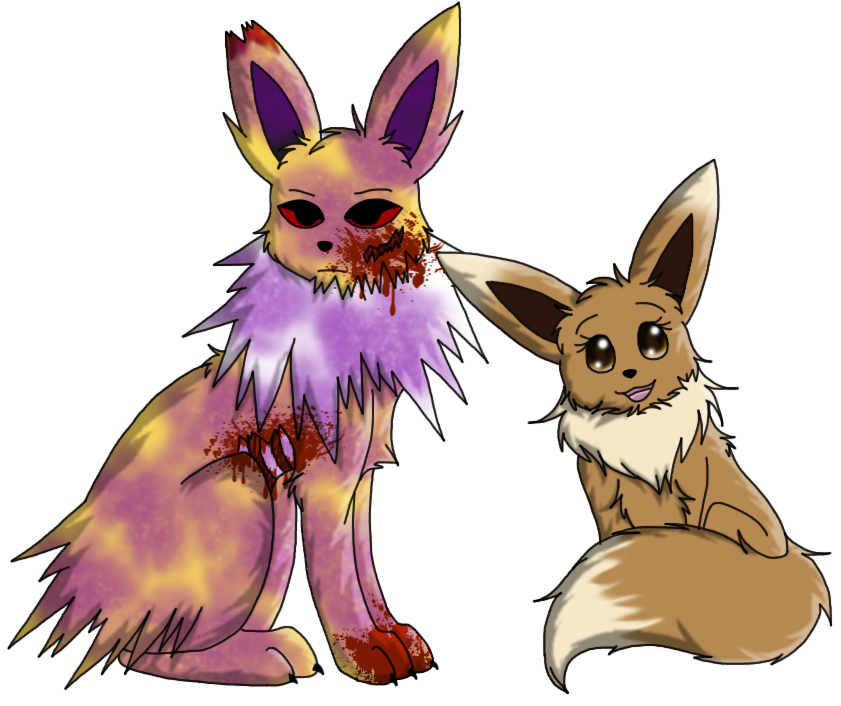 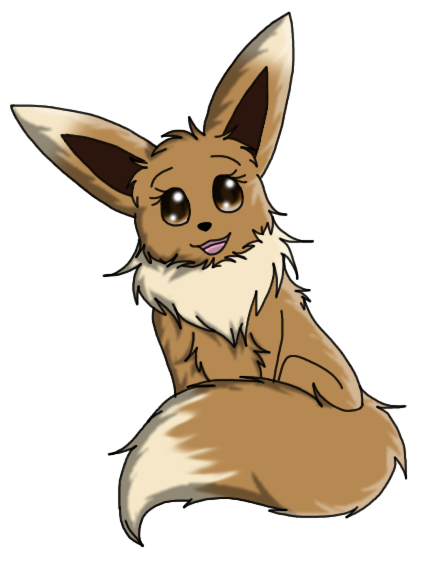 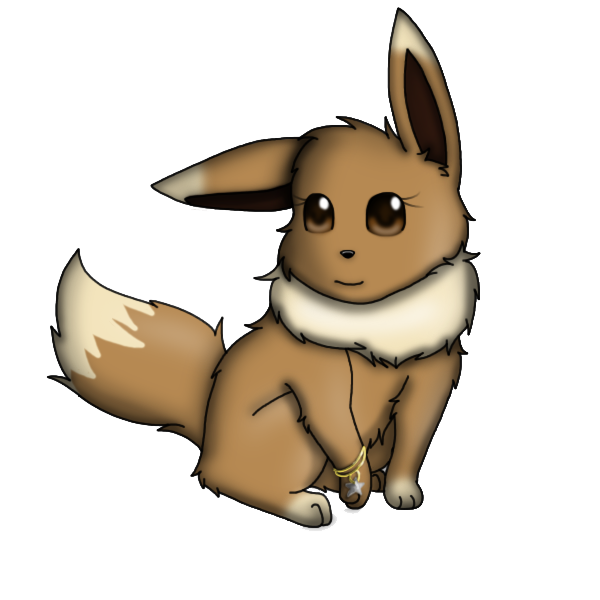 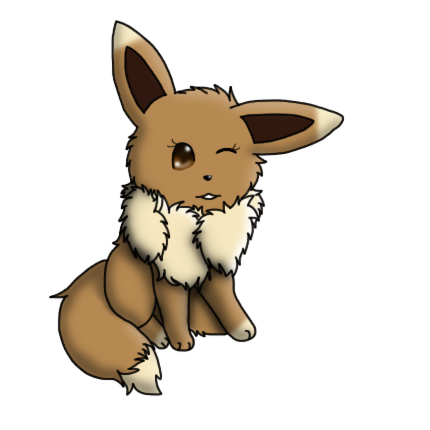 Pokédex Entry- Because its genetic makeup is irregular, it quickly changes its form due to a variety of causes.

History- Miyu was abandoned at a young age by a Trainer who was attempting to obtain a Shiny. She was placed in an alley with her siblings inside a small box. The other Eevees made their way out and into the dark city, but Miyu feared the sounds and scents she was experiencing for the first time. She stayed in the box until finally, a fellow Eeveelution peered into the box. Miyu cried out, hoping the human who left her would return. Her calls were unheeded, at least, by who she had hoped for. The Eeveelution, a male Jolteon named Rebel, took pity in the defenseless pup; He carried her back to his home, an abandoned house, and watched over her. Two years passed and they grew exceptionally close. The duo thieved everything they needed and wanted - From food to items such as TMs to simply make their thefts easier.

One day as the epidemic swept, the two were returning from a Pokémon Center after stealing food and medicine, an Undead Zangoose attacked them. Trying to protect Miyu, Rebel was Slashed and left mortally wounded. Miyu was frozen as tears soiled her fur and washed over Rebel’s blood which had soaked her face. Rebel screamed as the Zangoose feasted on his flesh, he screamed for Miyu to run. He had just enough life left in him to send a jolt of electricity at her and snap her out of her daze-like state. She obeyed Rebel as she always had, scrambling away as quickly as she could. It wasn’t quick enough for her though, as she could still hear Rebel’s final screams as his life ended at the hands of the Undead.

Appearance- She‘s a normal Eevee aside from the cream-colored markings on her paws and ears.

Personality- Miyu is extremely fearful of the Undead, and blames herself for Rebel‘s death. She longs for companions as she was never alone after she met Rebel, but doesn’t trust herself with protecting them. But even still, their safety is her top priority even over her own. She’s full of determination and won’t give up on anyone or anything.

User Notes- -She wasn‘t born with the cream markings on her ears and paws. Those grew in over time.
-Miyu is already approved. Her old profile is here.
-Nothing in profile changed except formatting and text color. Very first profile, so it sucks lol. If anything needs changed, let me know. ^^ 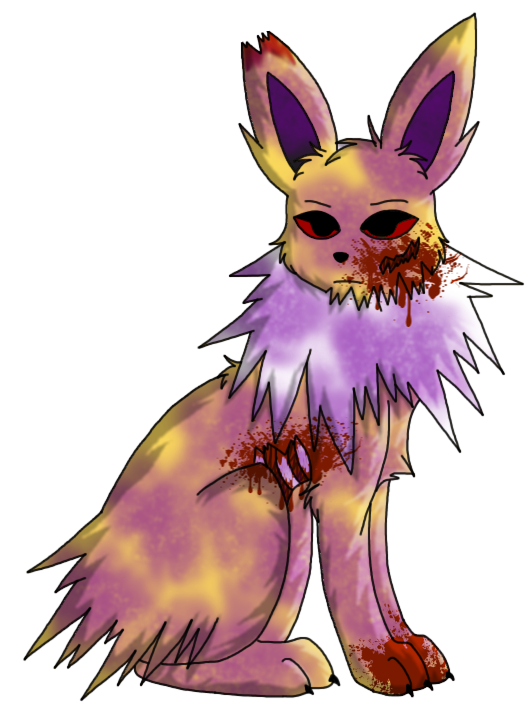 Time of Infection Two weeks after the epidemic began

Item- None at present

Pokédex Entry- A sensitive Pokémon that easily becomes sad or angry. Every time its mood changes, it charges power.

The kit was whisked away from his parents so young, he didn’t even remember them. The same as his siblings. But he didn’t long to be with anyone nor did he have the bright smile or shiny fur his siblings did. This was a great downfall for the Eevee, being a prize in Celadon City meant finding a Trainer to love and care for him.

But nobody wanted the Eevee that never wagged his tail or licked their hands. His siblings did, and as such, they were all taken. He was alone. The Eevee skulked around his cage a majority of the time or was eating. That was life. It wasn’t his fault he wasn’t happy, it was everyone else’s.

It was hot that day in Celadon, when the nameless kit was finally fated to someone. A kid came in, a boy around seventeen-ish. He wore a sleeveless vest and black jeans, and he demanded the Eevee. The employees were glad to see the Eevee go, be it because he finally found a Trainer or because they were tired of him.

They trained around the city for a while, preparing to battle the Gym Leader, Erika. The training did not appeal to the Eevee, nicknamed ‘Rebel’ now by the teen. But he went along with it, thinking perhaps winning the Rainbow Badge would be interesting.

A week later, the team challenged Erika and won, Rebel being the cornerstone of his Trainer’s team. It was… not what he expected. Not even winning a badge was enough to amuse the Eevee. Traveling around, confined in a ball and training each day?

”It wasn‘t what it was cracked up to be. I made a decision that night.”

They had found a Thunder Stone and after the human went to sleep, Rebel opened the bag and grabbed it. He was not aware it would immediately trigger evolution, but he didn’t mind; he was going to use it sooner or later. The newly evolved Jolteon walked away.

He walked until he reached Celadon City again. That city sucked, he concluded and moved on.

Saffron City, however, was awesome.

He found an old house on the edge of town, long ago abandoned by it’s owner and falling apart. The door crept open as the Jolteon lightly pressed it and he proceeded to invite himself in and take a nap.

The following night, he explored the city a bit better and was met with a situation he had never expected himself to be in. Padding down an alley, he found a box. While that was not unusual, it’s contents were. A small Eevee cowered in the box, seemingly afraid of everything. He contemplated just walking away, but the better in him drove him to pick up the little Eevee by the scruff and head back to the house with her.

He began with feeding her food he stealthily got from the city and moved to teaching her to walk. He gave her the name ‘Miyu’ and took the Eevee under his wing.

Finally, he found himself… he dare say, happy. Watching the kit grow and teaching her everything about the world around her brought a bit of joy to his heart, not to mention the thrill of having an accomplice with him as he ‘rebelled’ against the humans. They stole whatever they wanted and got away with it.

One particular day, the duo feigned injury and stole TMs out of an unsuspecting Trainer’s bag. They were TM 30 Shadow Ball, TM 17 Protect, and TM 10 Hidden Power. During his time as a trained Pokémon, the Jolteon knew how to use a TM and let Miyu have her choice of them.

The escapades continued, even as word of an epidemic floated around. Miyu was terrified, but Rebel shrugged it off and they went into the city. An odd, purple patched Zangoose approached them. Taking a protective stance in front of Miyu, Rebel prepared to fight the strange Pokémon.

The Zangoose attacked with brute force and Rebel was not able to defend against it. It used a Slash move on him, slicing his right side open and sending him stumbling and falling. The undead leapt to the Jolteon’s side and tore into him, eating the flesh from his ribs. Miyu stood frozen at the sight, but Rebel managed an electric move to her quickly enough before the Zangoose could turn on her. She cried, bawled as she ran away leaving the Jolteon in white hot agony. He bled to death, but all too slowly for him.

He laid there even after the Zangoose moved on. He was not aware of anything, his heart had ceased beating long ago. But his eyes flicked open, the once sparkling orbs a dead, cloudy red. And he was hungry. Hungrier than he could ever remember being.

A Pidgey pecked at the ground and for some reason, his bloodlust drove him to catch it. But catching it was not enough, he sunk his fangs into it and began to eat it. His hunger was not satiated, he wanted to hunt again, to find more food. But his mind told him that something was missing. After thinking for a solid minute, he realized Miyu was not with him.

The undead Jolteon began his hunt for the Eevee. He did not feel the need to kill her, but he worried and worried even more as he saw the world in ruins. He needed to find her.

Appearance- Jolteon is a quadruped, mammalian Pokémon. It is covered in yellow fur with a spiky fringe around its tail, and a white ruff around its neck. In addition to the ability to become sharp like needles, Jolteon's fur also amplifies the electrical charges produced by its cells. It can also store and generate negative ions in its fur, which create a sparking noise. Its ears are large and pointed, and its eyes and small nose are black. It has slender legs and small paws, each with three toes and a pink paw pad. - Bulbapedia

What was once sparking golden fur has become sickly purple and yellow, splashed with crimson blood. If this doesn’t give away his status as an undead, the exposed ribs on his side and strip of flesh missing on his cheek will. One of his ears also has a bite of the tip missing from a scuffle with another undead. His eyes are a cloudy, dark red.

Personality- Prior to becoming an undead, Rebel, though a little cold, had the heart to be kind and gentle. These characteristics have not completely disappeared as an undead, but he tends to be harsher and gets angry at the slightest notion. When this happens, he lashes out at anyone violently, attacking with no self-control until he finally catches himself and falls into a state of self-disappointment. He doesn’t fear getting into the harshest of clashes against living and/or other undead.

When not snapping or fighting, he’s very curious about things and butts into things that do not concern him. Although he is a more level-headed instance of an undead, he will sneak off and hunt other living for food. He knows Miyu would freak should she know and keeps this to himself.

While he can somewhat care about others, Miyu is his only real concern and would choose her over anyone else. It’s nothing personal, he’s simply lost the ability to really worry about anyone except the Eevee after spending so much time watching Pokémon die and looking for her.

-He is aware he’s undead. Though he looks at it as a second chance to be with Miyu, regardless of his need to eat living flesh.
Mew

Re: Miyu the Eevee and Rebel the Undead Jolteon (Olivine, Ace)