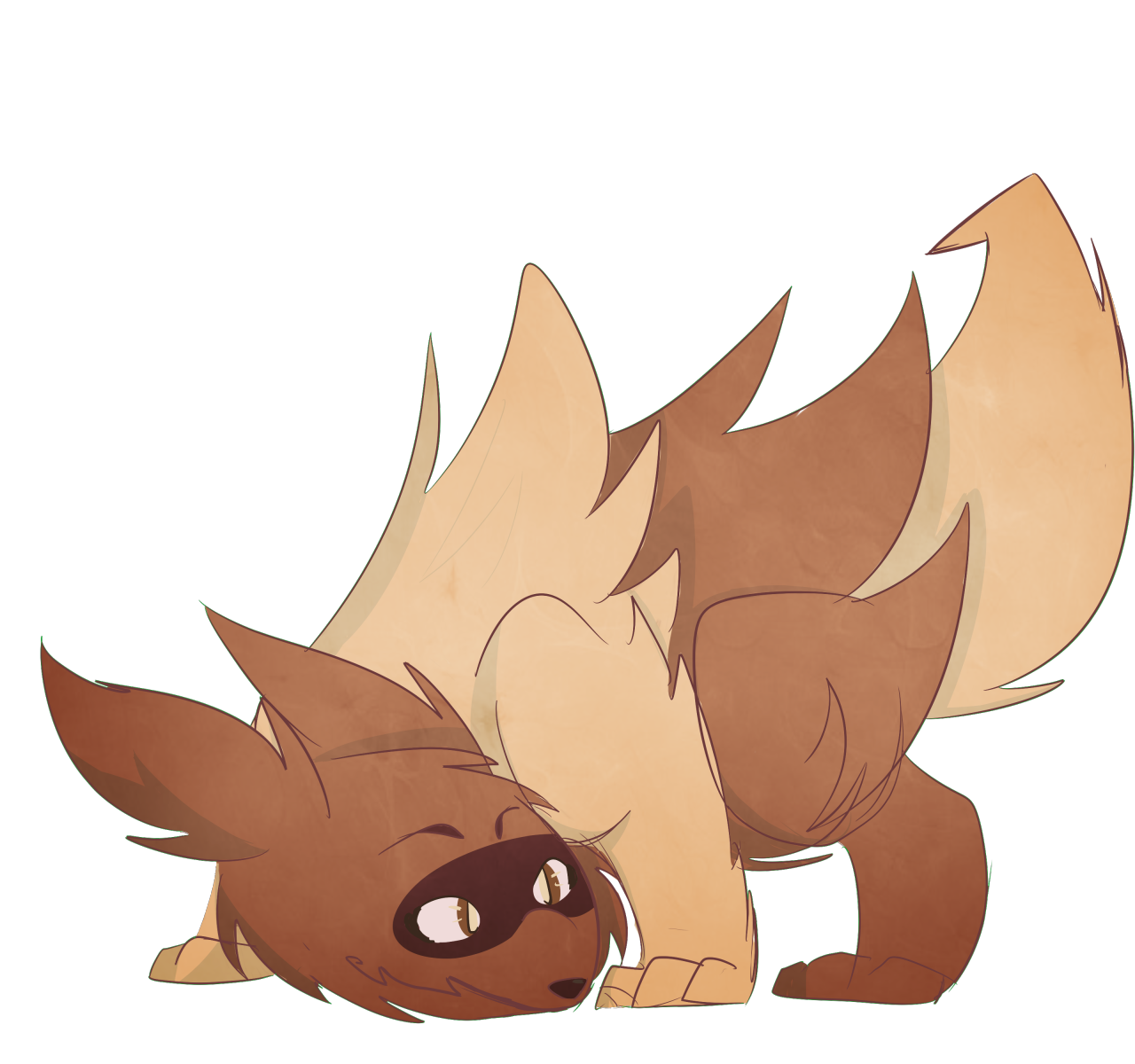 
Pokédex Entry- It walks in zigzag fashion. It is good at finding items in the grass and even in the ground.
Level- 14
Ability- Pickup: The Pokemon may pick up items
Nature- Hardy
Characteristic- Somewhat Stubborn
Moves-
-  Baby-Doll Eyes (Level-up)
-  Tackle (Level-up)
- Tail Whip (Level-up)
- Headbutt  (Level-up)

History- Gabriela was caught in the wild when she was very young, and, after a handful of short fights with her first trainer, she was discarded and stored in the PC for months on end. Apparently she hadn't been quite strong enough for them. During her time crammed in the storage box, she started to blame herself for not being tough enough for them. Maybe, she had pondered, if she had been able to last just a little more, she would've been able to join the trainer on their journey. She taught herself to be strong, and never falter when things seemed bad. Though she couldn't truly become any stronger while in storage, her spirit became rock solid.
After a long while in storage, her trainer pulled her out, only to trade her away to another trainer. Again, she was tucked away into the PC, and hardly taken out. She was passed to and from trainers, often used as fodder for trades, and very rarely got to battle properly. She got to journey and stretch her limbs occasionally, but it was mostly when trainers wanted to make use of her Pickup ability, and mooch items from her findings. Eventually, after numerous different owners, she met a merciful trainer who released her into the wild, letting her be free. Though, unfortunately, she was released just before the beginning of the outbreak, so she never got to enjoy the world properly. She can barely remember a world before the epidemic.

Appearance- She's not much different from any other Zigzagoon, save from a little kink in the end of her tail. She constantly moves and takes up as much room as someone of her size can.
Personality- Both her greatest strength and her greatest weakness is her tough, immovable spirit. She'll almost never back down from something she wants or believes in, but that also means that she's painfully stubborn about most things, so she ends up getting into many little quarrels because she refuses to doubt herself. She's curious and passionate about nearly everything, though sometimes a little too much. She tends to make judgments on character very hastily, and it takes a lot of convincing for her to change her opinion on someone. She's not particularly extroverted, but she understands how important it is that she communicates with other survivors; she knows that shes probably not going to be able to survive forever without a little help, at least. She strives, more than anything, to be stronger.
User Notes- All of her stats and moves were taken from a Spanish Zigzagoon I got through Wondertrade a while back! She was just a wee thing, clearly trade fodder, so I decided to give her a story. Of course, since she's Spanish in the game, she's also Spanish here, so she'll occasionally use little Spanish phrases or exclamations.
Her picture is drawn by me.

Last edited by skittyTail on Fri Sep 26, 2014 4:16 pm; edited 6 times in total
The author of this message was banned from the forum - See the message
renegade

This profile is simple but very nice c: Gabriela will fit in great on a team and I look forward to seeing her!

You also have an amazing art style! :D
Mew

Alright, I think she's ready for approval~
And thanks for the praise~!! 0w0
Mew

The only thing holding up approval is the title. Toss up a quick edit indicating what team you'd like her to be on, if you wouldn't mind, or just put (Any) if you don't care where they go~