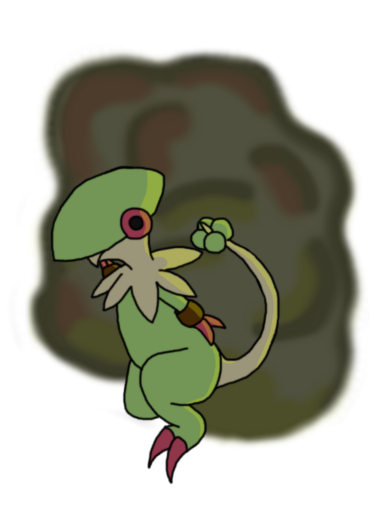 Pokédex Entry-
Breloom closes in on its foe with light and sprightly footwork, then throws punches with its stretchy arms. This Pokémon's fighting technique puts boxers to shame.

Item-
Toxic Orb
Hidden Blades (Sharpeded sticks attached to the arms that retract in and out. Only used during Counter.)

History-
Like many people's pasts now, it all started with the infected. Father and brothers killed and front of him by swarms of them, leaving him to watch. With his mother and sister to take care of he, sent them to a safe house to be away from the infected, leaving him to go out and slay as many possible.

Left behind for him from his father were the weapon of choice for assassins, the hidden blades. With the tools given and skills taught, he uses it to come up with ways to save people and destroy the blight ahead of him. Adventuring countless journies, which lead him to his most useful artifact the toxic orb.

Mind the rules for these kind of characters:

Allusions that would not affect plotline in a major way or lose people who have potentially never read or seen the fictions you are referring to are acceptable.
Anything that would confuse others or mesh the two universes too much isn't acceptable.

I know, I'm not putting anything from one story into another. It's just the person, not his world.
Suicune