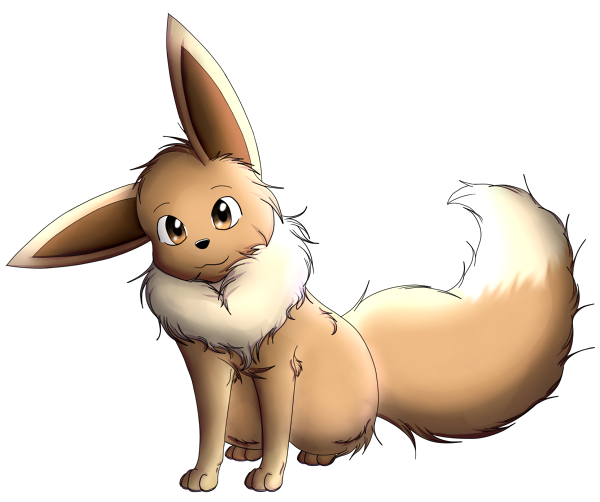 Conan
Age
child
Gender
Male
item
none
level
10
Moves
Swift (Level up)
Growl (starting move)
Tackle (starting move)
Helping hand Starting move)
Ability
Adaptability
Nature
Brave
Characteristics
Alert to sounds
Height
1'00"
Weight
14.3lbs
National Pokedex No.
#133 Eevee the Evolution pokemon
Pokedex Entry
A rare Pokémon that adapts to harsh environments by taking on different evolutionary forms.
Appearance
A standard Eevee in appearance and size.
Personality
Conan is very brave for his size and age, but looks up to any eeveelution with hopes to evolve.
History
Conan was born in a small community that a couple has given Eevees out for orphans all over the world. Conan was an exception as the owners of an umbreon and a vaporeon had kept the recently born eevee with them. They thought having one more eeveelution in the house would make a great addition to the family. A few years passed since his birth and his parents taught him how to use helping hand to assist any pokemon in need during a battle. It was tough for the young eevee to do it. He sometimes messes up and trips over his own legs in excitement. The eevee cried out and was comforted by his mother and father.
Four more years had passed and Conan was getting better at using his moves. Each day he continued to practice with helping hand in order to use it effectively. The eevee finally was able to successfully use it and his parents had managed to do much more with Conan's help. They couldn't be happier with their son learning more. Then it was time he learned how to use swift. It took him about a few months to properly use it and once he hit a metal pan hanging outside on the porch of the house, he got excited and went to his parents straight away. He told his mother and father he hit the pan hanging outside with swift. They was proud of him on how much he learned. However a year later everything changed.
The Epidemic hit the region hard and with no warning the eevee woke up to find his parents guarding him from some other pokemon. Conan looked around and seen what his parents was facing. It scared the eevee enough to know that there's somethings that cannot be explained. His parents fought off the undead and the three of them quickly left. A year and a half later, they found themselves facing an undead that was a child as well except it looked like it was missing body parts. His parents however tried to end its suffering instead it infected both his parents and Conan filled with grief hit the undead off a cliff they was close to with his swift. The Eevee started crying as his parents tried to comfort him one last time telling him to be brave and don't look back. Before Conan could say anything, his parents jumped off the cliff and before they did they told him that they'll watch over him.
Now Conan an orphan wanders around Kalos trying to find any eeveelution that could help him and to look up to as a parental figure.
User notes
-Orphaned by the undead
-Uses helping hand to assist anyone
-Lost both parents and looks for a father and mother figure

Approved. Once the team switch is approved the character may join the RP.

Will do Mewtwo
Mewtwo