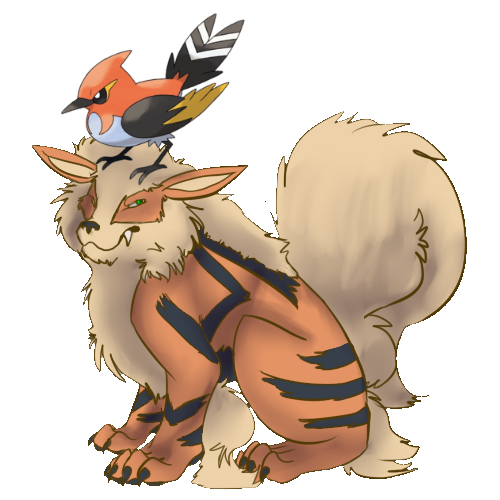 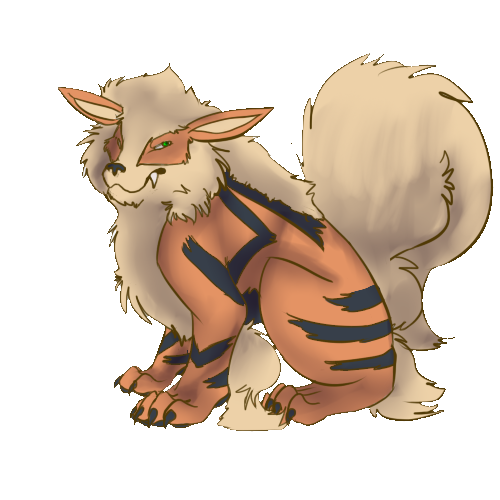 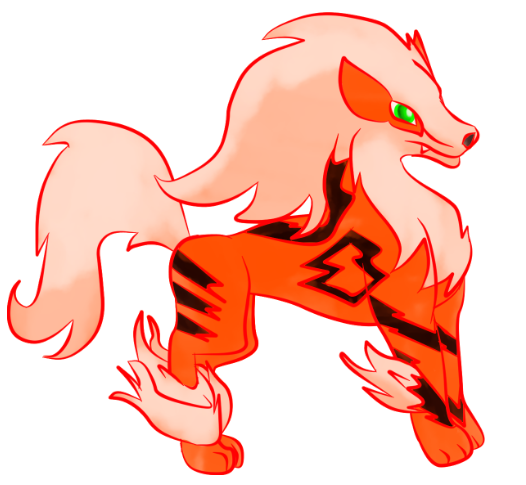 Pokédex Entry: The hotter the flame sac on its belly, the faster it can fly, but it takes some time to get the fire going. (Pokemon Y Pokedex)

History:
If you concentrated hard enough, a shiver would pass through your body, a ghastly hand brushing feathers with a slow caress. In that moment of a falling sun and an invading moon, you're reminded of a similar time.

A simpler time, you reminiscence. A man calls for you, dirt mixed with a his roughly shaven beard, callous hands clapping tremendously. This man -- a Pokemon breeder, a trainer, a friend -- sought a life in nature with his only companion. His Fletchinder -- you. Lazy days were spent maintaining the shoddily built cabin and nursing eggs, living off the land with rare visits to the nearby Solaceon Town. "It'd be a blessin' from God 'imself if we could stay like this, right, Bee?" He rubbed your head; you'd chirp in reply; he'd laugh as if he understood.

There was one night, vague in its time but strong in its impression. You laid in a homemade nest of blankets beside his bed, listening to the snores erupting from within his chest and out his throat, though you yourself were not tired. Right outside the window, the waning moon looked like a Cheshire Cat's grin. Something about that thought caused your heart to pick up in pace. You puffed out your chest, as if the action would ward off the foreboding feeling.

A different scenario. The man is an overgrown child, you'd always think when perched on his shoulder, dropping into town for supplies. He whispers that he's the best bargainer in the area, but his rambunctious laughter echoes in your head. A quick nudge into his neck quickly reminds him of his objective, buying the hammer and nails at full price, with a small tip for the laugh. He ruffles your feathers and swears he'll make a "nice, B as in Bee-autiful bird house" once he has enough money. You grab for his fingers, trying to get a good peck in.

That day was the fondest memory you have of him.

Days blurred together with no large events to commemorate the passage of time. The man tried getting into an occasional Pokemon battle, but neither you nor he really found enjoyment in the hobby. "We're old-timers, bab, that's why." He smiled, pulling a suitcase from under the bed. "Anyhow, there's a community meeting over in town, so take care of this place for a bit, will ya?" His eyes were downcast, not holding your gaze too long -- you chose not to question his actions and to trust in his word.

You puffed out your chest feathers, watching him swing his suitcase around as if he were in a musical. This time of the year was a lull in the breeding business, so you were positive you'd be able to handle the cabin on your own. The old man shouldn't expect anything else from you; it was a pleasant thought that made you happy. You took a quick flight over the fenced area before settling down for the night, counting one night before your friend returned.

One night turned into two weeks, and each passing moon caused a palpitation in your heart. You tried to convince yourself: the meeting is probably incredibly important, maybe some old woman needed help, maybe he tripped and the Daycare couple took him in... a puzzle piece fell into place, and a switch was flipped. Being a breeder's Pokemon, you knew how abandonment looked like. You... You just never thought it'd be happening to you.

Tears were a foreign concept to you. You felt your heart beating against every part of your body, stiffening when you realized. You would have to survive on your own.

It was some nights later when you woke up to the cabin burning down.  Shock, then fear, then action -- you flew out the window and found the source. A Ponyta was blasting flames into the house, seemingly with no intent on stopping. You thought of approaching, but the erratic twitches, the purple blotches. How different was the outside world from the safe bubble you lived in?

Flying into the night, you knew that you were only going to continue finding out.

Appearance:
With a life of mostly leisure, Bee never really had much motivation to exert herself; she's a little plump as a result! She has a habit of puffing out her chest feathers. She's prone to either perch on someone or something else, and only flies when it's necessary. Bee relies on speed (QUICK ATTACK!) to get her out of any tricky situations, though she's not a very skilled fighter otherwise.

Personality:
Although Bee is inexperienced with the world's ways and what it takes to survive, she prefers pragmatism over an idealistic approach. With no trainer to coddle her any longer, she doubts her own decisions often; in the heat of the moment, she'd follow other's instructions without thought. She's still very touchy about her trainer abandoning her, and finds it easier to hide her emotions from others. Despite being scared by a lot of things, Bee tries to put on a brave face to appear that she knows what she's doing (when in fact she doesn't. At all.).

User Notes:
- Using Second Person to narrate for Bee (if it's not allowed, I can do Third!!)
- she only lets people close to her call her Bee 8]
- bb girl

Re: Halloween the Arcanine & Beatrice the Fletchinder (Hearthome||Ace)