I get ideas for fanfictions from my own dreams, I'll jot down some interesting ones that I can remember. Many of these concepts may be illogical since I literally dreamed these up.

The Ocarina of Time is broken and Link has no way of resetting the 3 day cycle, and in desperation he sells his own soul to obtain Majora's mask for himself. Now being able to physically push the moon back himself, it's a race against time for Link to learn how to use Majora's dark powers whilst avoiding being lost to them and his own growing insanity. Whatever entity Link sells his soul to exploits a hole in the fabric of Time to retrieve Majora's Mask from another time period/universe hence there are 2 of the mask within the same frame of time. One possessed by the Skull Kid and the other by Link. The events of the original game transpire (Link getting the alternate mask just as the moon is about to fall) and the original mask goes inside the moon, with Link and his own mask on the outside. Using Majora's powers Link is able to push the moon back giving him another 3 days, but Majora's mask proves to be extremely sinister if co-operative. Possibly because of Link's status of wielding a piece of the triforce he is resistant to straight up possession, so the mask has to resort to gradually wearing him down and driving him mad. The mask with Link is interested in destroying the other mask as it sees it as a rival, and realizing Link's strength it intends to make him into its puppet. Link is at first hesitant wearing the mask at all, but he becomes reliant on it's power and eventually has it on all the time.

What it meant by, Link selling his soul is that when he dies possession of his soul will go to the entity who summoned Majora. The mask is also motivated to keep Link alive in order to keep his soul for itself, as being wielded by him makes the mask more powerful. The mask also doesn't want the original timeline to proceed as normal, as the original mask is an older version and has somehow gone completely insane, naturally the mask wants to avoid that.

Unnamed female wanders around mansion, there are multiple spirits of the recently deceased who died of some cataclysm. Most knew the female while they were alive and some are even friendly with her. 2 main hostile spirits roam around and try to corrupt the other spirits ( maybe dragging them to hell?) Along with attacking the female protagonist. Objective aside from exorcising hostile ghosts is to protect non combatants, racing from place to place whenever a friendly spirit is being attacked. Spirit is destroyed if you do not arrive in time.

The female has a camera obscura to fight with, though it is extremely weak possibly due to the quality of film being used. You can also wield spectral arms made of black hair, as the protagonist's soul has been altered in some aspect, may be half dead or a spirit themselves. It is extremely effective, instantly dispersing less powerful spirits if they should come into contact with it. A downside as it harms non combatant spirits. The two main hostile spirits are quite strong and can only be driven off for a period of time before attacking again. Are not interested in killing protagonist, leading towards the idea that she too is a 'corrupted' spirit who has simply lost their mind.
Moon Moon

So! Finally got around to writing a proper Shakespearean sonnet, do give a critique if it takes your interest.


Puppeteer, Puppeteer pulling at strings,
Just what kind of misfortune shall you bring?
A pouch of poison or a rusty mace,
What kind of evil will you bring this place?

You skinned your darling, threw her in the moat,
Saw her body bobbing and lost all hope,
to avoid being strangled by the throat.
In town square you hang, tied by rough rope.

Swing to and fro with the cawing of crow,
creak caw Crack, creak caw Crunch, creak caw
Squelch. Food for the crowd, satisfied for now.
Little do they know, music still flows from your maw.

Puppeteer, Puppeteer, your strings were cut,
Taken from your grave, wired, and now you strut.

Interesting, though I found one small error here...

Not exactly a creepypasta but like here's the hands down scariest game I've played in years, be warned it will make files on your PC and otherwise fuck with you and it may have viruses and shit, play at your own risk.

Okay here's what I remember of the dream I had last night, it was several hours ago but hopefully I remember the good stuff.

In the dream I was a person known as the Candyman, a person(?) with part of his head burned away, but despite this and everything else that was fucked up with this dream I was cheerful and calm. As far as I can recall, I traveled into the closed sewer system of a building, but instead of being full of shit it was actually more like a sealed vault, with a massive steel bulkhead at the end of it. Getting a blow torch that I most likely retrieved earlier in my dream when I was wandering around the building above and I cut through it. When the piece that I had cut off fell over, it revealed a massive room filled with rotting walking corpses, staring menacingly at me. But I was chill, gave a thumbs up, and continued working on cutting open the other 2 bulkheads. I was not harmed, and I don't recall any other human beings in my dream, but if they were there they were most likely devoured by the zombies.

I will most likely write this as a horror story written from the antagonist's perspective, it being Mr. Candyman himself.

Edit: Will also change Candyman's name to Caramel, as a pun on being burnt all over
Moon Moon 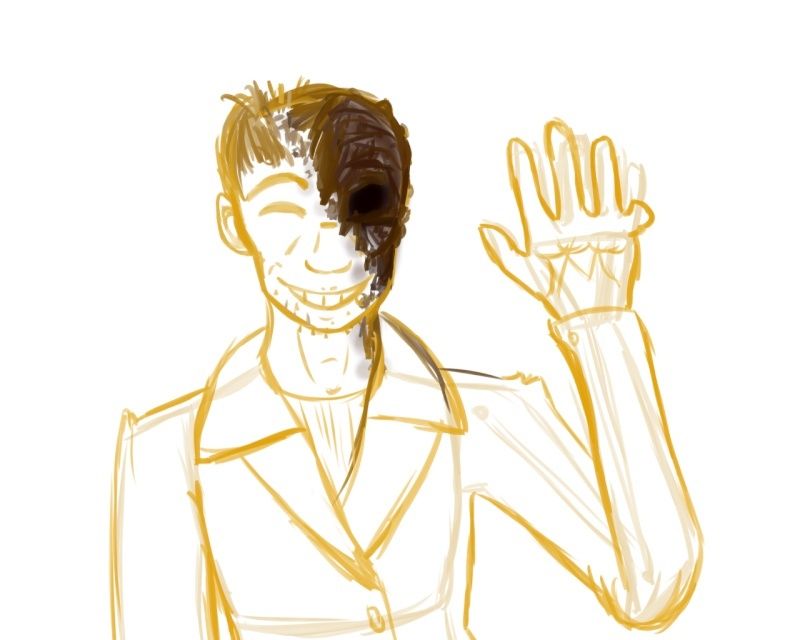 What a sweet man.
Moon Moon

Camp Omega
Someone in the house
Moon Moon

The Face of Fear
Moon Moon