I don't know if this is the right place to ask.... Mewtwo said to ask someone in freedom corner to help me with one of my histories for one of my characters.
Min

@Jolt: Which character do you need help for? :33 I'd be happy to help you.
Mew

I'm not sure if this is still going on, but I would like a critiques please. And maybe some tips to help me improve my writing a little more.
Fox

@ Darastrix:
I haven't RPd with you much, but I'll try to give a critique based on your most recent post in Snow.
I used to have to do this sort of thing in college for peers, so forgive me if it's a bit brutal. I don't intend to be mean or anything, I'm just trying to break it down objectively.  ^^;

I have such a weak spot for imagery and detailed/descriptive writing, and you do it pretty decently.
I really like that you go into depth on what Kide was feeling, the crunch of the snow, etc. It REALLY helps the reader feel like they're actually there. Keep doing that, it's fantastic.
Just don't go TOO far into details that you write out pages lol.

As for negative critique, your post suffers from some characterization issues.
For example-

Dara wrote:
Kide soon found himself going face first into a deeper pile of the white powder. “Oh for the love of!” He shouted, hopping up as he tried to get himself out of the snow. He could just barely see over the top when he hopped, still surrounded by the trees. He could make out the form of houses in the distance, though he wouldn’t be able to confirm if what he was seeing is himself hallucinating, or if it was really there. First thing though, he had to get out of this snow pit.

You're speaking for your character, rather than writing out how he feels or what his actions are.

If you look at Suis' posting lesson, I think he covers it there.

Sui wrote:- Character development is more effective when the author reveals traits about the character through diction, and allows the reader to make their own judgments, rather than stating the character traits directly.

Example:
• Option 1) The author simply states: “The young boy was mischievous and he was always looking for the next way to cause problems for everyone else.”
• Option 2) The author mentions specific instances that the boy has caused trouble and reveals, through these cases, that he is mischievous and a troublemaker.
Option 2 is a more effective approach because it allows the readers to form judgments about the young boy themselves, rather than simply accepting the author’s word for it.

This is also expressed as showing your audience, rather than telling them. Show them what your character does or how they feel  in a scene through their actions, rather than telling them. Your job is to paint a mental picture for your reader, so be vivid and do your best to complete the picture with as much detail as you can. It will make your readers feel much more invested in your characters as well.

Instead of saying that Kide could barely make out the houses in the distance, you can say something closer to...

Ana wrote:Kide squinted his eyes hard, their focus narrowing on tiny dots in the distance.
I bet those are houses! He gasped breathlessly, his snow-matted face heavy with exhaustion and relief.
But as the thought of finding shelter sank into his sleep-deprived mind, the young Zoruas' brow furrowed with doubt.
What if I'm just seeing things again?
What if it's not real, and I'm just going in circles?
I can die out here!

No, it has to be real! He growled to himself, steeling himself against the icy snow and forcing his numb paws to push his aching body forward.

Something like that. Notice that I put a lot of that into the perspective of the character, giving the audience access to their thoughts. I only put minimal mental description into the writers' words, along with any physical/visual attributes.
This also gives you a lot more writing to do with much less content, which is good. Your post was a bit too long, with not enough...meat to it. Really make what you say count towards the story.
You had a lot of different directions you were trying to go in your last post, and it just was spread to thin.
Pull your focus in on what would be best for your character to express, and go with that. The tighter your focus, the better your characters' actions will be.

It's also a balance between what the writer narrates and what the character thinks. When you want your character to be somewhat shrouded in mystery, it's better not to write out what they're thinking, but just write what their physical reactions are to things.

When you want people to empathize with your character or if you want your audience to know something in your characters' head that the other characters don't know, then mental dialogue is a good idea.

If you watch extra bits in a movie, they do this sort of thing all the time.
Directors always have like...2+ hours of film and they have to cut things that aren't necessary for the story.

Always make things relevant.
If you want to add in past references to his trainer, I'd suggest working with um...
Something like moments of recollection, where he sees something that reminded him of it.
Or a simple grumble to himself about his thoughts, but not too much revealed.
This leaves your reader interested in what their past was, and makes them want to know more. You've given them a mystery to read on about. You also build your characters' personality through these little things, making them more believable.

If you want your audience to question whether Kide is entirely sane or not, you can always make it ambiguous through his perspective. Have him see things and just ignore them.
That would tell your audience that he has not only dealt with hallucinations before we met him, but he's ignoring them for a reason...
Reasons that can really build your character well, along with tension for future problems/conflicts.

This is called foreshadowing.
It hints at something that will happen in the future that the character is doomed to unknowingly.
An excellent writing element that I absolutely love to use. 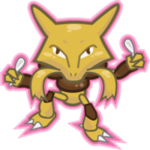 I have made but one post thus far, but I would relish the chance to improve. In addition, I myself am available for critiquing, if you are so interested.
Kaze

I would also enjoy a critique.
Alhoon

I will have a critique ready for you shortly.
Nightfall

Ooh...I wouldn't mind a critique either, if anyone is willing to make me one. Wouldn't mind seeing if there's anything I can improve on.
Alhoon

Kaze, I believe that as an individual, you are very talented as a writer. Your posts are descriptive, expressive, florid even. Your writing, while not what I would describe as vivid, provides a... sufficient amount of imagery, and your characters display an amount of emotion that does them justice... as individuals. I feel your major flaw is in the act of playing with others, if you will. You're very good at writing plot... for your own characters, but I feel your main drawback is in pushing forward the plot of a team. Almost as if you have trouble keeping things moving, and focusing on the story as a whole, instead of on a narrow section of it. I feel you need to slow down, step back, and better communicate with your teammates. You have the makings of an Elite, in my opinion, you just need to work on driving a story, instead of driving a character.
Duma

I'd love a critique or two myself~
Requiem

Hm am curious as well to see if am going the right way as well.
Sponsored content