Pyrite Town | Morning
[Twenty-Five]
When the others begin to make their way out of the apartment, Matt follows without any hesitation. He’d take any excuse to get away from being cooped up in this place before it turns into a hothouse. Sleeping in here at night had been great, yeah, but sticking around in the daytime? No thanks to that. He likes not roasting to death.

As he and Athena walk out of the building, Matt thinks over his decision to leave-it’s better than focusing on how much the heat bothers him. His departure is inevitable, sure, and it’s best to leave before getting caught up in something he won’t be able to get out of, but part of him isn’t too thrilled. Meeting up with other people and having a place to crash, only to go their separate ways the next day... now that’s bad luck. If only Erasa could have had more rest before they set out again.

It doesn’t take long before Athena points out that the rest of them seem to be gathering, so Matt makes his way over, walking behind Diane and her Gardevoir. He hadn’t said much earlier, not after stating his intentions, but he still remembers them talking about helping out Dean with supplies before everyone split up. It shouldn’t be too difficult to give them a hand before going separate ways; with him usually being the tallest one in the room up until now, Matt’s used to being asked for help anyways.

"Oh...hello. Were you looking to go with us? We were going to pack up some of the stuff back at my place. We could probably use the extra hands."

”I’ll help out too, if you want,” he offers, hoping the request for assistance wasn’t meant purely for Diane. Athena already has enough stories of him being awkward around people. 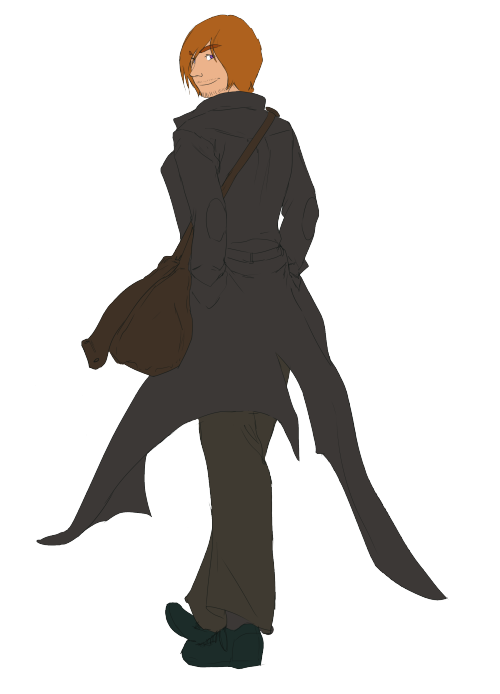 Pyrite Town |Morning [33]
Once they were outside, Colm lead Watson and Midori a distance away from the others. They slowly wandered away from Wes's apartment building as they searched for a place to speak with the others and catch them up to speed. Unfortunately, complete privacy wasn't likely, so he settled for distance, and Watson kept an ear out for any followers. Once they had gained enough distance, that he felt they were safe, Colm turned into an alley and released all of his Pokemon.

All of them except Holmes started to stretch as they woke up in the dim light of morning. Lestrade was the first to speak. "So.. What happened?"

Colm sighed and brought up both hands as he rubbed at his face. "A lot. It's the next day in case you couldn't tell."

"Just what have you been up to?" Holmes finally said. "This was supposed to be a quick stop."

"Long story short, we ran into a fair amount of people. One of whom was Wes."

"Wes? How? I thought they had that thing on him?" Lestrade was dumbfounded.

"... That's something I'm going to have to explain later," Colm hurriedly explained. She didn't push, so he went back to the topic of what had been going on. "Anyway, on top of that Michael showed up, and he's looking for Cipher too. Apparently they're still kicking on an island, and they've stolen more Pokemon."

At the mention of Cipher, Holmes lost his annoyed glare and shifted his position to pay more attention. The other Pokemon who hadn't been around to hear that the first time also all turned to look at Colm. Wiggins wandered towards Midori and sat next to her before focusing on Colm again.

"And there's a human here, Dean, who said that Cipher stole a bunch of his Pokemon, and shot him... This is relevant because Michael is planning on going after them, and Wes and Dean are definitely along for the ride. Side note with Dean, he has a Ninetales with a temper. Please, for the love of the gods, do not piss her off. There was a pointed glare towards Wiggins.

"Seems like it. And there's another guy, but he doesn't want to come along with them. Another thing to note is that between all of them, there are two Gardevoir and two Espeon, so don't worry too much about lying. Just know I'm going by Bishop at the moment."

"Understood... Are you planning on going with them?"

"That's the intention. Unless any of you have anything against it? This is going to be dangerous, assuming we make it that far. We might finally get some answers, though." He looked over his companions. None of them took him up on this offer, and they all had looks of determination. Even Midori. "We're going to be leaving tomorrow morning, today is going to be spent figuring out supplies. I'm about to head back and see if they need any help, so for now, I'm going to recall most of you. Lestrade, you may have to carry things, if you don't mind?"

"Of course," Colm said as he patted the large dog behind the ears. He tried to answer any more questions his Pokemon had before recalling all but Watson and Midori again. The cloud dragon wanted to stay out longer, and he didn't want to go against her wishes when she actually pushed for them.

They came back to where they had last seen people much more quickly than they had walked away; Colm wasn't sure if he had been gone for too long. If he had to, he would pull out Lestrade to find them, though.

((Since they were talking for so long, I wasn't sure if the others would still be at the apartment building, if not, when he wanders back to the others, he'll have Lestrade out too.))
Starbits