The Contest
Who are the faces of Epidemic Johto?
Who are our mascots?
We want to know who you think they are!

- There will be three rounds of competition
- Everyone will post their entries, and the admins will tally the votes for each round.

The Prizes
Participation Award:
-Everyone who enters gets 50 FP.

Banner Prizes:
- banners will be distributed by rank of prizes, so first place banner will be displayed first
- will be created by our primary artists 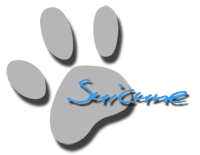 So do we just post our answers to it here?
Suicune

Question, can it be multiple characters? :')
Suicune

So ... you just choose three of your characters and people vote for them?
The author of this message was banned from the forum - See the message
renegade

We place our characters here? :3
Guest

Does the character entered have to be currently active?
Suicune

It doesn't have to be YOUR characters, just anyones' characters.
Your characters can be included in your votes, just vote honestly.
This contest is based on popularity of characters based on majority vote of the members.
Characters do not have to be alive or active, but they obviously had to be both at some point.
_________________

I am not voting for myself I feel selfish *:|

Lol sorry I clicked on the wrong thing
Jay

[21:35:20] Arcanine : It's the same characters, but what about those underdog characters? Just saying that there is a ton of good characters that are REALLY awesome, yet they don't even get noticed. :/

[21:36:33] Radiohead97 : yeah, most of the characters voted for are by well-known users here, causing everyone to overlook the other characters

I know, this may seem rude, but it's not entended to be. :x

I kinda feel the same Arcanine, but it is a popularity contest... So I have no clue whatsoever about this opinion.
The author of this message was banned from the forum - See the message
renegade

I'd like to say now that just because your characters aren't being voted for, it doesn't mean they're any lesser.
From the look of things, these characters' popularity may be due to the owners being senior members.
We need new faces to put on our banners, and this is a fun way of finding out who represents EJ amongst our non-legends.

You know, there are some rather obvious winners for this competition. They obviously deserve to be recognized, of course, but I'd be curious what the voting would look like without the 1st, 2nd, and 3rd place winners. Could we possibly do a third round, once the official part is over?
Suicune

Yes, but, because each person only gets three votes, I'd be interested to see how it ended up without the top three in the mix.
Guest

Are you allowed to vote for yourself?
Guest

Yes you can, tastybob. I did, and I see you did too.
Suicune

Err- for prizes, it says I should gotten a Fakemon ticket, but I just now noticed that I have a Mutator ticket instead. ^^; Am I missing something?
Lugia