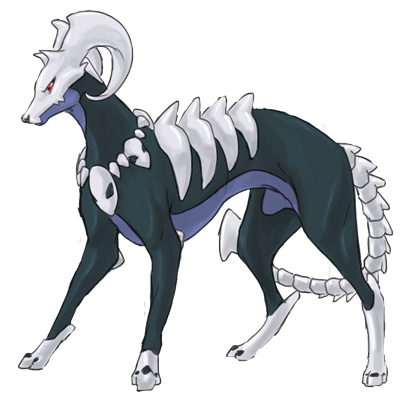 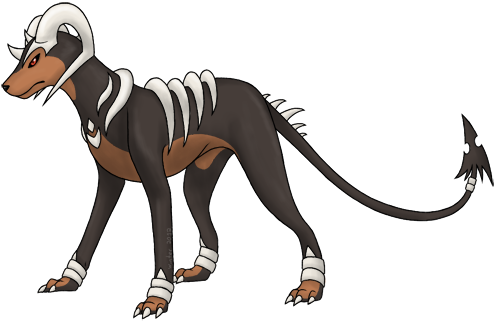 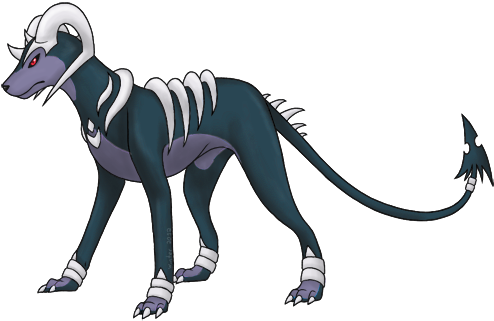 Ability-
Early Bird: SLEEP conditions lasts for half as long, rounding down. For example, half of three turns is 1.5, which rounds down to one turn. When the number of turns to sleep is one, half of this rounded down is zero, and the Pokémon wakes up instantly.
Flash Fire: Activates when user is hit by a damaging Fire-type move (including Fire-type Hidden Power). Once activated, user’s Fire-type moves deal 1.5 times damage. While this ability is in effect, this Pokémon is immune to damage from Fire-type attacks and Fire-type Hidden Power (accuracy and effect from these moves are ignored). For Fire-type Pokémon with this ability, Will-O-Wisp activates this ability without having an effect. If a non-Fire-type Pokémon has this ability, Will-O-Wisp will activate the ability and will have an effect.
[[Hidden]]Intimidate: Intimidate lowers the opponent's Attack stat by one stage upon entering the battle. It is triggered both when a battle begins and when a Pokémon with Intimidate switches into battle.

Pokédex Entry-
Its believed that if you lock eyes with this pokemon its said that it can see into your soul. Its eerie howls send chills through the night.

Evolution Method-
Must consume the Bones of the Deceased.

-Moves learnt by TM:
Same as Houndoom's in Gen5

User Note-
Houndemn keeps to itself, upon evolving it has become more protective of defending its pack. They are very hostile when defending their territory and pack that they will not even allow other packs of there kind to share the same area as them. They do not pay much mind to humans, but they keep a very close eye on them as they pass through, but very discretely that they have never been spotted very often. They mark their territory by leaving deep gashes in trees and rocks, believed to have been made with their large horns.

Some minor spelling problems and word usage (using wrong "their, there, they're", so forth) but that's an easy fix.

I have to say, though, that most packs are families. The larger ones are those that have many members, with an Alpha pair to lead, but usually, they're all related somehow. Cousins, siblings, and some straggler omega. But again, an easy fix.

The largest complaint I have -which is really not that large- is the stat build. Seeing as how Houndour and Houndoom's stats are built similarly, I would suggest keeping in line with that. Most of the time, when large stat differences happen, it's for a good reason. (Different body build, strange evolution, etc). Houndusk is very similar to its cousins, so its stats should not change. Having bred and trained many Houndoom in my game time, I would suggest this:
High Sp Att, High Speed, Moderate attack, Low defenses.

I think I have fixed everything? Well, what you said I needed to fix anyway.
Lugia

Houndusk has a canon shiny form thanks to Duma's hard work!

» Kasai the Houndemn and Higeki the Hydrabyss
» Dante the Houndemn and Ellie the Sylveon [Snowpoint||Elite||Leader]
» Houndrunt, the alt Houndoom prevo
» Thunder the Houndoom (WIP)
» Harbinger: Houndoom (Kanto)
Current date/time is Thu Aug 18, 2022 10:04 am