Question about Fakemon and Stuff! 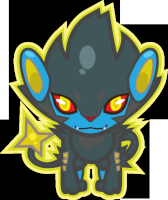 Question about Fakemon and Stuff!

OKay I have looked and most likely have missed this somewhere. (I did forum searches and everything! D:).

Fakemon: I've been reading and whilst I a little rookie may not be able to make one, curiosity must be sated! Can you make Mega evolutions for existing pokemon? Also what's the forums stance on such things?

Second question: I've looked for this to. How do they work? What could be theoretically achieved with them? (Aside from Gender bending :P)
Silverishness

Mega Evolution is actually not permitted on the site, since it's simply too OP. We know Mega Evolution can't be triggered outside of battle, but this is an apocalyptic setting; battle is everywhere. It would be possible to have a Mega Evolved pokemon at a nearly constant state, and that overwhelming amount of power tips the scales just a bit too much for the admins' liking. There's also the fact that we can't have it time-based, since a single day in rp can last up to years in the real world with posting delays, skips, members leaving and new ones replacing them.

So while, yes, you technically can, your creation and hard work would never actually be used.

As Sil mentioned with your first question its not possible to mega evolve due to a constant state of battle. As for your second question Fakemon can be an evolution or a pre-evolution of pokemon that has a certain abilitiesl that the person who created it has made with already existing ones. for example Houndoom evolving to a Houndusk. As for what's achieved in this process, one of the admins will explain more of.
Sponsored content