This is where you may opt into the writing prompt system of Ace evaluations. Upon posting, you will receive your prompt via as a response. You may either post your reply to it in the designated thread, or to Mewtwo via Private Message for admin review.

For clarification, as it has come to my attention some users have not encountered this type of writing before, I am going to define a writing prompt.


A "writing prompt" means a question, sample, or an instruction that tells you what you're supposed to write while giving you some measure of freedom in your response.

Whatever prompt you are given you must write a story or a response around the prompt itself. It is your subject, your main focus, and while you do not have to included it word for word in the actual response it should be apparent that the prompt is what the writing is about. Keep this in mind as you write your responses, whether they are being judged or you are just doing them for practice, and it will help you stay on task.

If the admins have some prompts ready; I would like to sign up for this method of evaluation. :>
Mew

chaoticNightmare: Your prompt is as follows.


The world's best doctor is also the Reaper in human form. He takes souls to keep himself alive, and encounters the next dying patient who's soul will let him live another day--his mother.

i would like a prompt, please. also a quick question: is there a specific length we must reach (e.x. 1000 words) or is it freelength?
Mew

Cedric: There is no set length, but the more impressive your writing, the better it reflects upon review. Your prompt is as follows:


Instead of hearing what people say, you hear what they mean. It has been both a blessing and a curse.

Jay: Your prompt is as follows.


You are the last remaining fire mage of what was once a great guild. Your powers are... less than impressive. You're trying to convince someone with potential to join the guild and learn your ways.

I'd kind of like to take a stab at one.
ShadowCharizard

identist: Your prompt is as follows.


An ancient Dragon, nearing the end of it's long and eventful life, takes it's last moments to reflect on it's past.

ShadowCharizard36: Your prompt is as follows.


He had no arms or legs. He could not see, hear, or speak. This is how he led a nation.

Duma wrote:Oh! I'd love to do one~

Negative10. Your prompt is as follows.


In an alternate world, a well-functioning society of zombies face an outbreak of humans.

Right. Give me your best shot, like we talked about.
Mew

Long-Stride, your prompt is as follows:


"You each have one piece. From this day on, you three must never see each other again."

Negative10, your prompt is as follows:


Your right eye can see the last sin someone has committed, but only when your left eye is closed.

ShadowCharizard36, your prompt is as follows:

Due to an advancement in technology, prison is no longer physical, but mental. 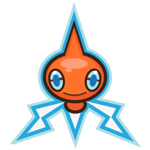 Chroma, your prompt is as follows:

"On the third night, the villagers destroyed their clocks. The sounds of whirring gears and chiming metal held only dread for them."

Cedric: One I wasn't going to give for evaluations, due to difficulty.


A girl is having her first kiss. An old man is holding his wife's hand as she passes away. A teen parent is losing their child, while a man is getting married. Four different lives, one day - make them connect

Crepuscular, your prompt is as follows: