James Philip the male Persian, a young king. Mocked by his court and often called "Caesar Salad", and his closest advisor is called "Ranch".
Has the most disrespectful court in history aha (and when they get lazy they'll just call him "Salad")
As their civilization was closed off to the outside world, the epidemic took a little more time to reach them--it was brought to them after one of the hunters brought back infected prey.
Afterwards the kingdom was filled with uproar and riots, and the blame was pushed onto the James.
His closest advisor was burned alive, and soon enough the mobs were after James too. James had managed to barely escape, although he did take a few wounds and a two arrows into his ass lower back. [[They weren't shot but they were stabbed into him.]]
Was never able to get the arrows out himself, since he they were just out of his reach. Instead he reluctantly left them there in hopes that maybe eventually he'll come across someone who would help him pull them out. Since the wounds were left untreated, they have started to become slightly infected from bacteria.
Based on this lovely design I commissioned from SorrySales on dA. VwV 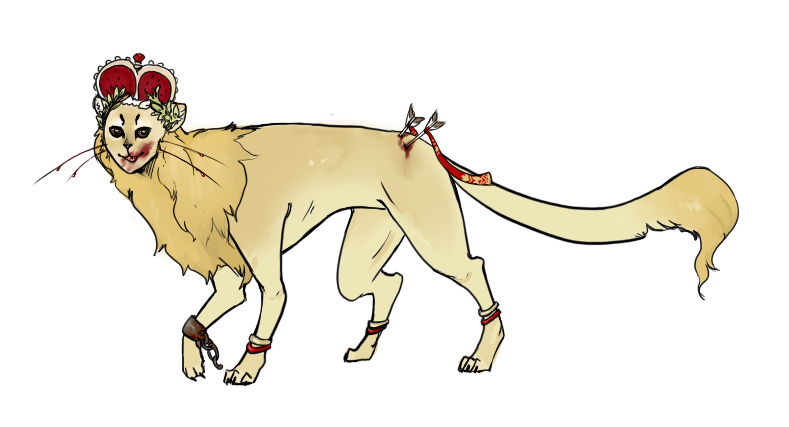