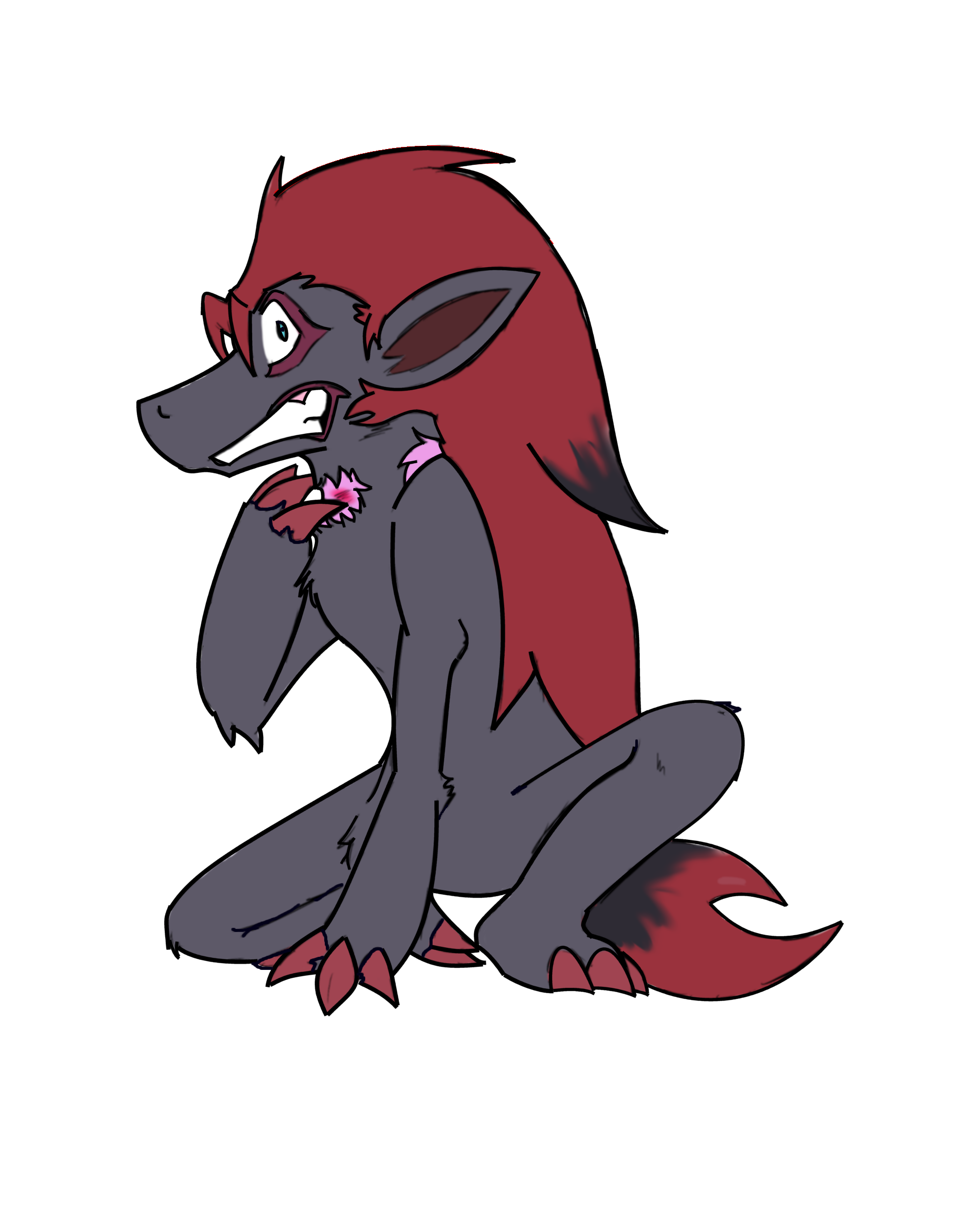 
Item None at the moment


Pokédex Entry Each has the ability to fool a large group of people simultaneously. They protect their lair with illusory scenery. (White)

Zoro had never been a particularly loved child. He was the child of a male Lucario and female Zoroark. Out of wedlock to be exact. That didn’t mean anything to him. Should it? His father was a trainer’s Pokemon. A celebrated champion hailing from Fuschia City. His mother was simply a fling. A lapse in judgment and Zoro was proof and reminder of it. His father did not want Zoro to go around carrying his breeding moveset and lineage that failed to go to any of his pure Riolu children so he stole Zoro away. Zoro did not mind or care. He was a foolish kit to think no harm would come. At first he was right. His father turned him over to his trainer. A human female by the name of Baloo who stuck with an item called an Exp.Share. She always kept him back in the safety of the party and never let him out unless she was sure he could win hands down. Zoro enjoyed that. Watching from the safety of the party and never having to get injured. However even the party held its dangers. One of them being Blaze. Zoro was at the age of a human teenager when she began picking at him. Blaze that is. She was his half-sister and she hated Zoro. He never fought back against anyone and simply allowed them to beat him down before retaliating with Counter. But Blaze knew every fighting move in the book and knocked him out before he could even try to do anything. He never told anyone about it. His father wouldn’t care. His trainer couldn’t understand him and his siblings feared getting beating up if they knew. Zoro didn’t want that either… He just decided to rake her abuse and live with it. If only he knew what a poor choice that was…


When Zoro evolved, Baloo started to notice something was wrong with him. He scratched his neck and jaw at idle times and looked around in a way one would compare to someone waiting for something. Nurse Joy said he was just getting used to being upright and tall but that was far from the truth. Zoro was paranoid and his mental health was declining at a sharp rate. Every time he went around a corner, he would flinch thinking Blaze would be there to kick him down. Zoro made it a point to stay near Baloo like a small scared child always kneeling down so he was at level to hold her hand close to his face or just because it prevented eye contact with anyone. He still nervously scratched his neck becoming numb to the pain of the fur coming off and spilling blood in excessive amounts. Baloo deemed him too unstable to be a breeding Pokemon like her brother had insisted and instead made him a pet. After all the years of level grinding and being beaten down like a dog, this was a paradise of sorts to him. Zoro’s self-confidence increased a bit knowing that despite his mental instability, Baloo still considered him irreplaceable. He became protective of her and kept any sort of burglar, mugger on the street or simply the more hostile of humans from getting anywhere near his Baloo. Zoro of course never hurt them but his illusions which he was fond of using kept them from doing anything. That never lasted. Blaze made sure there wasn’t a shred of happiness for him… She brought a human burglar to their home and let him in. Zoro gave the man a warning growl before Blaze slit the man’s throat getting blood all over Zoro and framing him for murder. Baloo didn’t believe but the human police insisted she keep him locked up at all times. Zoro was back to being a complete nervous wreck without a purpose…


The Epidemic came on the wings of an Archeops. His half siblings fled and Baloo released him for his own safety. Zoro cast an illusion easily hiding himself from the ancient bird and fled just as he was told.

Zoro looks normal if you look at him for a fleeting second but on closer inspection, his fluffy neck fur has been torn and scratched off and even the grey fur beneath it is patchy and open revealing scratched pink flesh

He stutters A LOT and clicks his claws when talking

He is despite all of this, a very sweet guy

User Notes
His father was a Lucario

I think everything is right e.e
If the image is a bit big forgive me ^^; Gimp was being a tool
Moon Moon

^How's that one?
Mewtwo

I still see a lot of white. My suggestion would be to try and have someone outline the image with a slightly thicker black line rather than trying to erase the white. It seems like the person erasing is afraid of damaging the image so that may help.
_________________

I'll give it another try then
Moon Moon

I cleaned it up and Lined it for you 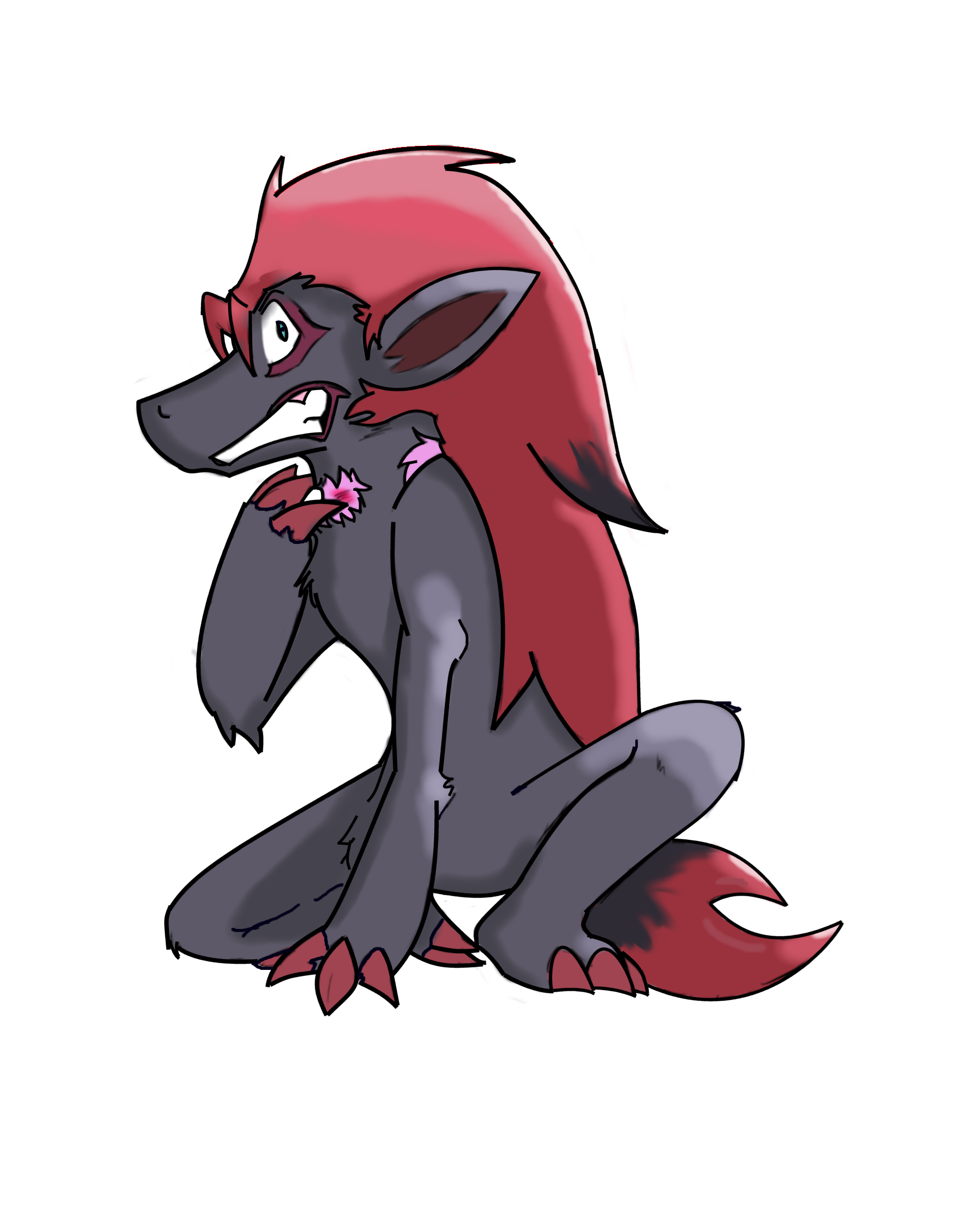 I also did a shaded version if you want to use that instead.
Baloo

Those are both so awesome :'>
You are glorious Twi
Mewtwo

Sorry this took so long.