Height: 2’04”
Weight: 43.7lbs
Pokédex Entry: It circles the sky in search of prey. When it spots one, it dives steeply to catch the prey. (B/W Pokedex)


History:
Before Written was caught, and was just an ordinary Taillow living within Petalburg Forest, she was known to get into lots of mischief. Because it was not that she was a troublemaker, but really a curious bird, many let her romps throughout the forest go. It was only when she was caught by an elderly man in one of her many outings did the others in her flock feel the guilt of not restraining her.

But Written felt no regret once she was caught. The elderly man was in actuality a retired writer, and bestowed her name, "Written in the Fates". His other Pokemon had similar names, long winded and representing, and Written soon found herself in a comfy home where everyone knew where they belonged. The Taillow constantly asked questions of what did that, why this did that, and multiple queries, and the other Pokemon answered diligently and patiently, looking at each other in bemusement.

The elderly man, known to Written as Elder Author, slowly began to teach Written how to write with a pencil fit for her talon and to read advanced books. Their home was not far from Petalburg Forest, and the two of them would wander through the thickets, talking of life stories and interesting plot devices. Written enjoyed the time spent between them, and her skill with penmanship was improving also. The little Taillow found that Elder Author would smile casually and lift her up to his shoulder whenever they traveled long distances- he, who was older than she, cared more for her health than his.

The two of them, leaving the rest of the group at home to take care of the house, traveled to Johto in hopes of meeting aspiring authors. But what met them was death- the utter reek of it sent Elder Author to tears. "Perhaps we should go back, Written," he suggested to his Taillow as they came out of the airport. Indeed, decapitated bodies of humans and Pokemon alike were mounded together, blood oozing of their fresh wounds.

A part of Written died that day. They took shelter in a dark labyrinth, and together with candlelight, wrote stories to pass the time, hoping the nightmare would pass. But Written, however much she tried, couldn't press out a happy ending in her stories. Her heart was darkened by the sights they've seen.

The Elder Author took notice of this. Giving her his personal glasses, and her pencil, he released the small bird into the night sky. At first Written wouldn't budge from his side, but the man sternly told her, "It's written in the fates, Taillow. Go off and find your inspiration to write once more." The TinySwallow Pokemon reluctantly left, knowing there was no choice. She'd find her Muse again, and find Elder Author personally.

Appearance:
Written wears a pair of classical round reading glasses, and a miniature pencil that Elder Author had especially crafted to fit into her talon. This Swellow relies heavily on her gift of flight, and if she can help it she will nearly always be seen flying. Due to evolving at short notice, she hasn't grown accustomed to the feel of her much larger body, and thus she has moments of clumsiness now and then.

Personality:
Written jumps between bouts of courage and doubt, brashness to thoughtfulness. Most of the time she isn't even sure what she is exactly feeling, so half the time she waves off what she is thinking and acts completely on her gut feeling. Once upon a time she had often asked questions, and continued to until she is satisfied, but events have caused her to learn when and when to not take valuable time for such things.

Very inquisitive, she may come off as brash, charging into things when her emotions get the best of her. But at great times of need, Written can conjure great ideas that can help in the long run.

Negative's Notes:
- Her stories, whenever she attempts to write, somehow end sadly. She is scarred from all the dead bodies she's seen.
- Older sister of Ciana's Flyleaf the Taillow, though has forgotten about her and the rest of her past forest life 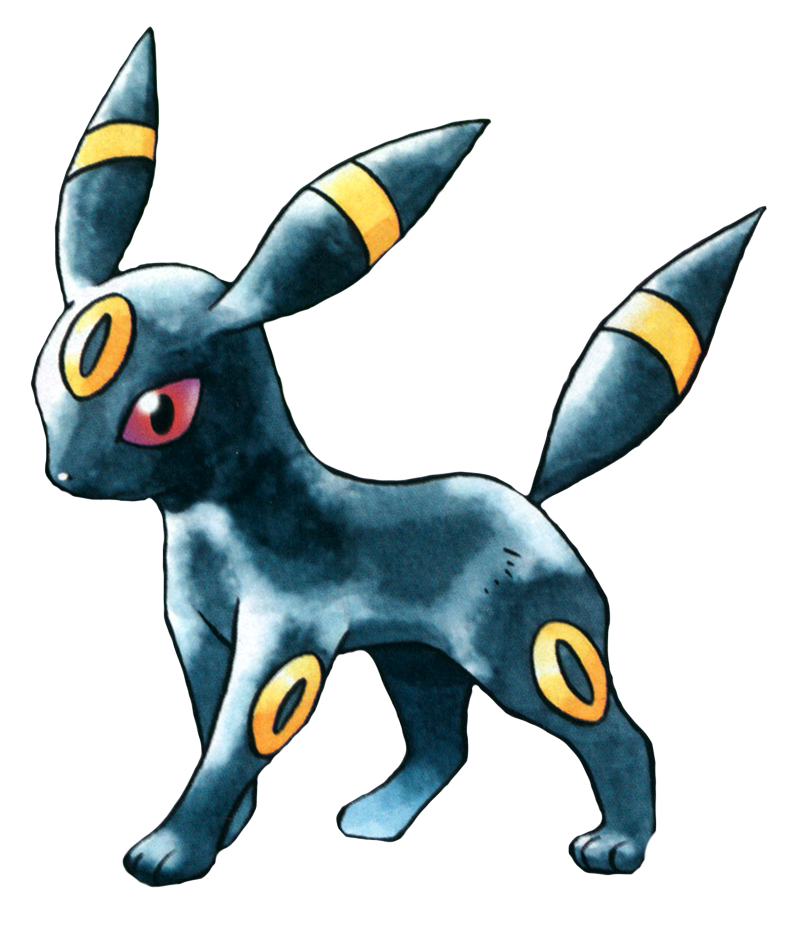 Name:
Flame of the West (West Flame for short.)
Age:
Just a little past his prime
Gender:
Male
Level:
36

Height:
3'03"
Weight:
59 lbs
Pokédex Entry
When darkness falls, the rings on the body begin to glow, striking fear in the hearts of anyone nearby.

History:
The Eevee was born in the city of Blackthorn, forced to live on his own when he was abandoned. Sympathetic humans would throw the Eevee scraps, and he would get his water from the large pond in front of the Dragons Den. Eevee learned the meaning of being alone, and because of it, he rarely ever spoke. His life took a turn for the better, however, when the Eevee traveled to Olivine and snuck onto a ship going to the region of Kanto. Eevee found himself in an unfamiliar place called 'Vermillion City', where he began to train himself by challenging the many Trainers that came through the city. Luckily, the clever Eevee managed to keep himself from getting caught, and stole food from the market daily to keep himself fed. Only one day, a more powerful Trainer decided to get Eevee away from a life of crime, and actually captured him after a ten-minute fight. The Trainer made the choice to give the Eevee a better job with him, working to guide people through the dangerous and dark Rock Tunnel. The Eevee had been working with this human, who he did not trust, when one day he fought off a number of enemies under the light of the moon outside the tunnel. This triggered his evolution into an Umbreon.....and gave the former Eevee a name. 'Flame of the West,' for his rings shone brighter than any other Umbreon. This made his job as a bodyguard through the Rock Tunnel even easier, for his rings lit the way through.

Unfortunately for West Flame, an accident involving a rock slide damaged his right hind leg greatly, and gave him a permanent limp. Crestfallen and no longer able to move as he had before, West Flame gave up his bodyguard job, and communicated to his human partner that he wanted to return to the Johto region, to settle down in the city of Blackthorn. His birthplace....West Flame wanted to return there more than anything, and that accident had been bad. Though only his leg had been injured, the dust and debris that had lingered after the rock slide had given West Flame chest and lung problems, and the Umbreon had trouble breathing. The human he worked with let him return home, to his beloved Johto, and there Flame stayed for the remainder of the peaceful times, before the epidemic went into full swing.

As everything fall apart and lots of Pokemon and humans alike started to be killed, West Flame saved some humans and lead them into the Dragon's Den, where they found shelter in an isolated part of the caverns. However, soon Infected Dragons found their hiding place, and began their vicious attack on all of the survivors. Throughout the chaos, West Flame managed to escape, and ended up being the only one who had lived through the assault. He was grieved about letting all of the humans die....he was the one who could have protected them. That had been his past, it should've been his present, and from that moment on, it was his future. Even with his bad leg, West Flame promised himself that he would defend any living Pokemon he found with his life.

Appearance:
West Flame has a lame right hind leg, which has caused him to have a pronounced limp. The Umbreon cannot even run without tiring out quickly or hurting himself really badly, and thus he has been forced to rethink and redo all his battling strategies, although so far he's gone for fleeing rather than directly facing an opponent. Flame of the West's rings glow brighter than usual Umbreons, but his hidden skill is that he is able to adjust the brightness, which has helped him evade nearly all infected during the night.

Personality:
He is a very quiet Pokemon, tending to like blending into the background and letting others forget about him; it's what he's used to, after all. West Flame has a sort of rebellious streak, and although it's settled down over the years, whenever someone rowdy or a despicable order passes him by, he would not hesitate to rebuke them. In his lapse of silence, West Flame has a calculating mind behind his red eyes, always thinking of his next move or plan of action.