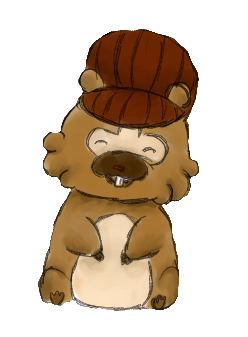 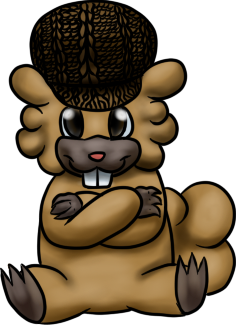 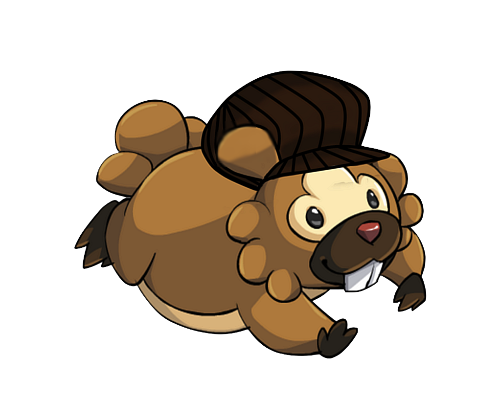 Height: 1'08"
Weight: 44.1lbs
Pokédex Entry: With nerves of steel, nothing can perturb it. It is more agile and active than it appears. (Diamond Pokedex)

History:
Born into a homely house of an orphanage, Lotto was a source of entertainment for the children. He would carry the younger children around on his back, and in return they'd feed him berries to his content. The older children, looking for excitement in their life, were allowed to take him out and train and battle wild Pokemon. It was Lotto's pleasure to see to it that all the children were smiling.

But children came and went, growing up and going about their lives, and the loyal Lotto stayed at the orphanage, hoping that one day, he might be one of the beings leaving the orphanage to experience life. The Pokemon in the wilderness around the building were too weak for him, and children were looking more towards contests than battles at the time- something Lotto, despite wanting to, could not do.

Then the epidemic struck; strong as he might have become, he was only one Pokemon, defending the little children and adults alike from the seemingly indestructible walking dead. After being knocked out, it would be the last time Lotto was able to see a face of a living human. When he awoke hours later, he was inside a steel cage, clawed at, but not broken through. Easily breaking out of it, he saw what the undead had left behind; the bodies of the children he so wanted to see smile.

Despair and agony rising inside him, Lotto ran off into the wilderness, defending himself easier with only himself to watch over. But it hurt, it hurt so bad, and the Bidoof decided that it wasn't worth the hurt that he used Amnesia.

He forgot his past life. All he remembered was his name, and that humans were dying all over the place. But it wasn't his responsibility, he decided, and traveled the world in leisure, knowing that somewhere, somehow, someone would be the one to fix the problem- and it wouldn't be him.

Personality:
Lotto has a very laid-back personality, taking on difficult concepts and easily morphing them into simple ones. He has proven to be a deep thinker, though he prefers to deflect this thoughtful side of him in favor for a more lax persona. He tries to avoid responsibility at all costs, for it gave him too much guilt and heartache. Lotto has the ability to use Amnesia to forget about recent events, but he is slowly learning to not use it so often.

Appearance:
Donning a spectacular hat, Lotto is much like any other Bidoof. He wears a goofy grin most of the time, and is known to wag his tail in happiness. He occasionally says "chew, chew, chew" while he pretends to eat something -- and Lotto always has time to eat! Unbeknownst to most everyone, Lotto is surprisingly very nimble and agile, his natural flexibility lending him support in combat.

• original owner of Lotto hehe" (past profiles: here and here)

Re: Lotto the Bidoof [White - Unova]