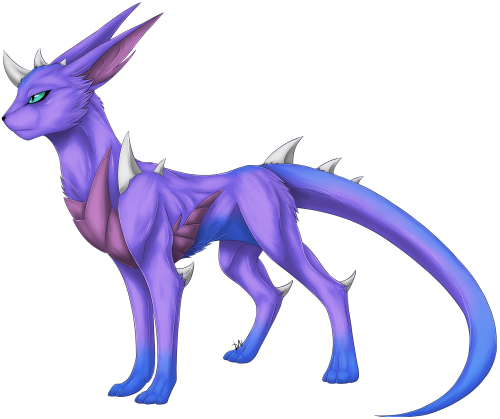 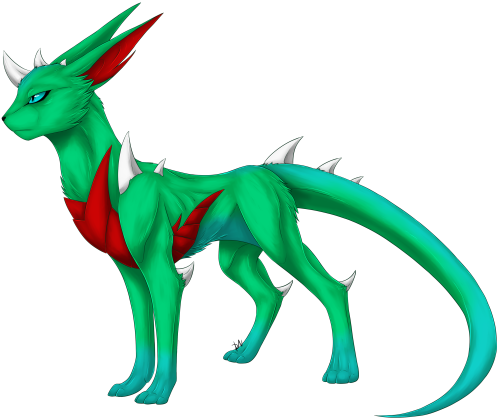 I have an issue with the evolution method- Dragon Bond is not a real move. it is not in any Eeevee's moveset. How do you possibly expect one to learn that move and then evolve?
Storm

Dragon Bond is a made up attack that Silverishness suggested to me as a means of evolution, and I went with it.
My guess would be it would have to have a really close relationship with a dragon type pokemon, and then learned it as a means to protect that dragon.

I've also edited so that it's in the move set.
Silverishness

Yes, you are correct, Silv.

New moves may be given to fakemon, as it's a genuine way to evolve pokemon and as long as they're well-balanced moves. This one seems good enough.

I would suggest there being some ficitonal Move Tutor to teach Dragon Bond, as putting it in Eevee's moveset or making it a TM would be unacceptable. This should be noted in the fakemon's user notes.

The only problem I have is the Ability. All of Eevee's abilities have something to do with their typing, but going over the other abilities, I see there's really not much to choose from. Mold breaker is only possessed by one line... Eh. It should be ok. If you think of a better one, don't hesitate to ask.

Ah, my mistake. I vote up.
Mewtwo

My dream has come true<3 I want one sooo badly you have no idea!
Latias