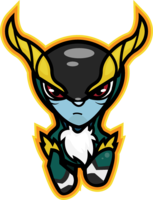 Gender- Genderless (but refers to himself as male)

Pokédex Entry- This legendary Pokémon battled against humans to protect Pokémon. Its personality is calm and composed.

History- After having lived in Mistralton cave for many years, training alone, without even the company of Terrakion or Virizion, or even little Keldeo, Cobalion became lonely. His loneliness grew worse by the day, and grew so bad he spent his time sleeping, allowing time to pass him by. After many more years, he was awoken by a lone trainer, come for a battle. Deciding to make use of the excersize, he had been sleeping for a very long time, after all, Cobalion decided to accept the challenge. Cobalion was shocked to find, however, that the trainer used other pokemon for battle, as opposed to the weapons of the age long passed. What surprised him even more was the fact that the pokemon seemed content with this relationship. There were six of them, and one after one, Cobalion began to knock them unconscious. He had neither the heart or the reason to kill them. Before he could faint the last one, however, the Human did something strange. He threw something at him. In a flash of white light, Cobalion felt his body constrain itself into a small ball. Flex his muscles, he broke the ball from the inside, releasing himself. The Human didn't stop, however. He threw ball after ball towards Cobalion, and Cobalion broke out each time. Finally, after what seemed like hours- it was very difficult to judge time in a cave, after all- the torrent stopped. Cobalion watched as the Human stared, eyes full of acceptance, nodded to the Legend, and left, without any prompting. Odd that. It seemed humans and pokemon had come to terms, however. That prompted well for the future. Although, for the time being, Cobalion went back to sleep.

He had no idea how long he slept, but he was awoken once more by a challenger. However, this one was not Human, nor was it alone. A large group of Haxorus and Boldore had decided to take on a Legend, it would seem. However, something seemed off with these pokemon. Their eyes were a glowing red, their skin dull, with a purple tint, that seemed to reside under their scales. Many of them were missing limbs, as well, and their combined breath filled the chamber with the stench of decay. Unwilling to face the unknown alone, Cobalion made quick his escape, easily outrunning the creatures. He left his cave, for the first time in living memory, and traveled the region.

As he traveled, he learned what he could about the infection. Humans had created it, as he should have suspected to begin with. The infection frightened him, but he would not allow the other pokemon to die or worse, if he could prevent it in any way. When he decided there was little more he could learn in Unova, he traveled to the other regions, deciding he would try to find other Legends. Perhaps he would find his siblings once more.

You have not accepted the rules yet brother!

Good to see that you are well B3
Latias

Welcome brother! Good to know you are well!
Lugia