Re: The LUMIOSE Team (PLOT) 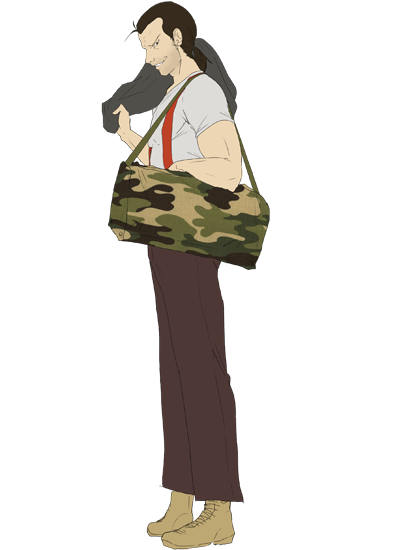 "Sure." Looker chirped and Giovanni's warm smile widened. So agreeable. "She's a nice girl- she's the one who found me washed up on that shore. Recently dethroned Steven Stone." Really now? This new generation of trainers truly were tenacious. "Sharp, perceptive child, too, and very kind. Rather excitable, though that's not surprising because of her age. She absolutely didn't need to, but she decided to keep visiting me for a little while; she's the one who taught me a lot about pokemon and other such missing gaps in my memory about normal life. She'd wanted to introduce me to Steven--she was awfully fond of him, and I think she trusted that he would be able to help me--but Steven was working to make the transition smooth for her and she didn't want to bother him, so when I left for Orre after a week or two of trying to reacquaint myself with the world, she told me to come back soon if I didn't find answers and she'd introduce me."

Giovanni tilted his head. Orre? Now, why was Looker trying to get there? Did he remember something about that last fateful assignment? What would lead a man with absolutely no memory of the world or himself to a desolate wasteland like Orre? It had to be something like that-- the region was relatively unknown and rarely visited by tourists, as it lacked both unique native pokemon species and a League.

"I wish I had," Looker continued, sullened by regret. "But mostly, I hope she's still safe. She had an incredible bond with her pokemon, but... the virus doesn't... really care about such things... Raw power and intelligence only gets one so far. You need luck, too."

Such a statement pulled a sage nod from Giovanni. Looker spoke the truth, despite being... well. Him. "Very true. But the determined and resourceful have a much higher chance of survival-- your Champion sounds like she possesses vast quantities of both." He gently clapped Looker on the shoulder. "Perhaps you'll cross paths with her again."

Being in such familiar contact with one of his long-time enemies made Giovanni a bit giddy, and even though he'd basked a long while in the glorious warmth of his victory he still couldn't help himself. His smile broadening a little, he let his hand fall as it resumed its perch on his own hip. "You mentioned Orre; I have a basic knowledge of the region, but why were you seeking passage there?" His head tilted to the other side. "Orre was not a... very sought-after region, if I recall correctly."
Phoenix

Re: The LUMIOSE Team (PLOT)

((I am so sorry but Miranda still wouldn't be able to do anything other than react. I'm going to try really hard to find something else for her to do next round if Gio and Looker need more time.))
Go to page :